According to American Studies Professor Gene Metcalf, “One of the most popular toys in the early decades of the twentieth century, Scarey Ann dolls are virtually unknown today. Created in 1923 by a retired dentist, Dr. H. T. Chinn, in the small town of Atascadero California, the dolls became such a sensation that, within six years of their introduction, 1,000,000 of them had reputedly been sold in the United States and internationally. A metal level raises the hair on its head. 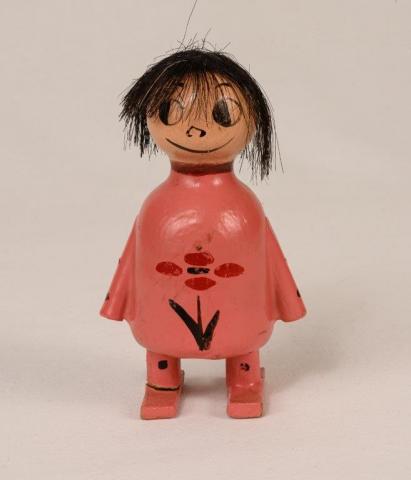