This toy pistol was made by the Hubley Manufacturing Company in Lancaster, PA in the 1950s-1960s. Hubley was well known for making cast iron toys, doorstops and bookends beginning in 1894. They later expanded to include toy guns, automobiles, trucks and airplanes. Western themed movies and television shows like Bonanza, Gunsmoke and The Lone Ranger gave rise to popular children’s toys like this one. 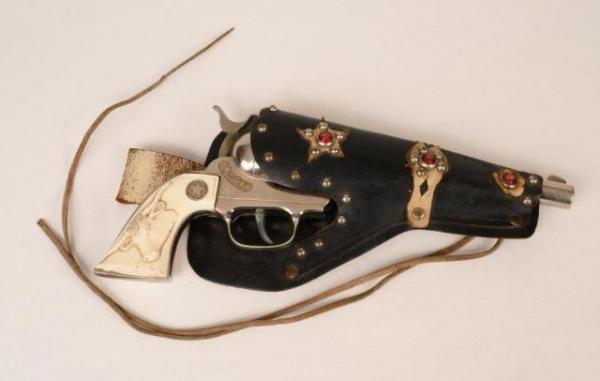