The Hanley Farm and the History

Southern Oregon Historical Society takes pride in its ownership of Hanley Farm, which was willed to the Society by Mary Hanley in 1982. She lived there until her death in 1986.

The Farm had been in the Hanley family since 1857, when Michael and Martha Hanley purchased 636 acres. The saga of the Hanley family is not only about pioneering and farming. It includes Alaskan gold rush adventures, a daughter who lived in Chile, trips to Guatemala and Cuba, insanity, and fortunes made and lost. 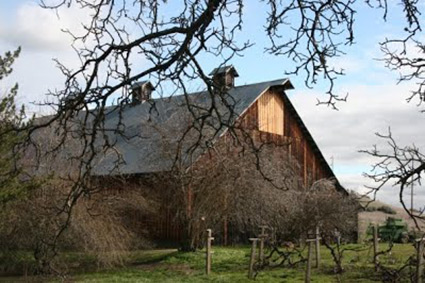 Long before Europeans arrived in the Rogue Valley Native Americans camped here to harvest and process acorns from the oaks that grew in the prairie all around. They periodically burned the brush on the valley floor to encourage acorn production and lure deer and elk to make hunting easier. Spear points and grinding bowls have been found on the Hanley Farm. 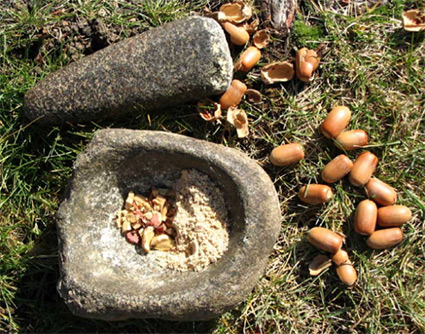 On August 23, 1852, David Clinton and his son-in-law, Archibald Welton, each filed a donation land claim for adjoining parcels of land. The two men built a double log cabin to house their families and a barn on the property. In April 1857, they sold the land (635 acres) and structures to Michael Hanley for a combined price of $6,000. It is presumed that the Hanley family lived in the cabin until the main house was built. Donation Land Claim survey records indicate that the cabin was 33 feet south of the east-north-east corner of the claim and 330 feet west of the old barn. In 2001 a team of volunteers with professional surveying backgrounds established the presumed location of the structure across the front drive and into the “round garden” between the house and garage.

Hanley Farm’s “old barn” is one of the oldest in Oregon that is still standing. The center portion was built in 1854 near what is now Hanley Road. The oldest Hanley daughter, Alice, had it moved near to the creek and rebuilt, larger than before. It is made of huge hand-hewn beams with pegs rather than nails. This barn was built as a stock and threshing barn, and still has several animal stalls. The original second-story hay loft and center threshing floor are now missing. A hay fork system similar to that in what is now called the ‘new barn' was installed and the loft was removed so hay could fill the entire center bay. In the days before mechanical threshing was done at this farm, wagons were driven into the barn and grains (still on their stalks) were spread on the floor. The heads were knocked from the stalks by beating with a flail. In his biography, Feelin' Fine, Bill Hanley remembers doing this when he was a boy. 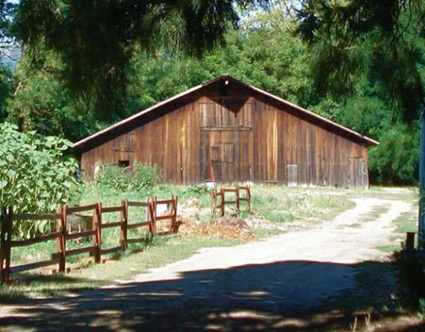 The Hanley family referred to their farm as the “Willows, named for the willow tree Martha Hanley planted by the springhouse in the 1860s to commemorate the birth of her first son. The willow cutting was obtained from a Willamette Valley nursery and delivered by an express rider, who stuck it in a potato to keep it from drying out.

The original tree fell over in 1940 and fell again in 1986, but, thanks to new growth, the tree still survives. Other wonderful trees on the Farm include a Dawn Redwood, the tallest tree near the water tower. These were thought to be extinct until a living grove was found in China around 1940. Seeds were obtained by a local grower who gave a seedling to the Hanleys. It is deciduous and loses its needles in the winter.

Michael Finley Hanley was born on June 24, 1824, in the Ohio River town of Guyandotte, West Virginia to William Hanley and Elizabeth Hutchinson. He was raised in Ohio and, as a young man, was involved with the flatboats operating on the Mississippi River. Lured by the 1849 Gold Rush, he sailed to San Francisco then eventually moved on to Southern Oregon. After trying his hand at mining, he and Col. John England Ross began a successful business of selling beef to the miners. Michael met and wed Martha Burnett. Her family had arrived in Douglas County via the Oregon Trail and settled on a land claim there.

Together, Michael and Martha purchased the Clinton and Welton Donation Land Claims of 636 acres in Jackson County where they raised nine children (six survived into adulthood). Michael Hanley continued to purchase land and pursue multiple business opportunities until he became an invalid and sank into dementia. After being pronounced legally insane, he died on June 14, 1889. Martha had died two years earlier from tuberculosis. The original Hanley Farm acreage was divided among their children with the family home and its surrounding acres being inherited by their oldest daughter, Alice.

SOHS owns extensive Hanley family archives that may be viewed in the Library. 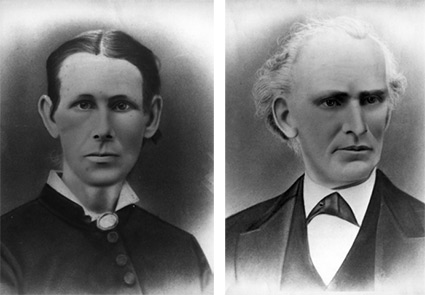 John was Michael and Martha's first child. His wife's mother, Anna Sophia, had survived a direct Indian attack in which her father died. As the story goes, she and her mother fended off an attack until they were able to flee to safety. By 1904, John and his wife Mary Harris Love had both died, leaving three daughters and a son. Alex, age twenty was old enough to fend for himself. Claire Hanley, only six years old, went to live with her Aunt Alice on the Hanley Farm. The other two girls, Martha, age seventeen, and Mary, age eleven, lived with other relatives. 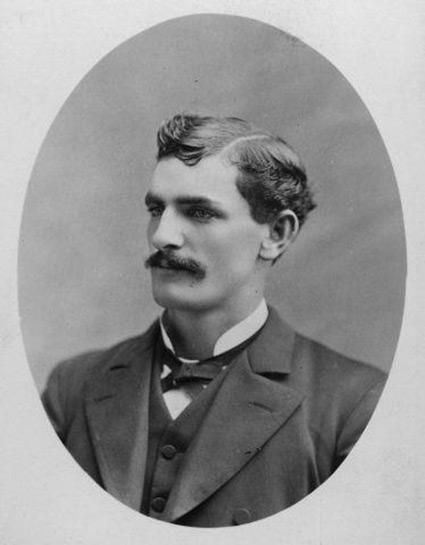 Martha, Mary and Claire were orphaned in 1904. Martha spent some time in Chile with her Aunt Ella, then lived in Eastern Oregon with her uncle Bill.  Mary moved to Butte Creek Ranch with her uncle Michael Hanley II, and Claire was raised by her aunt Alice in the Hanley home. When Alice died she left the property to the three sisters, and eventually all of them lived there together. None of them married. Mary was the last Hanley to live in the house, which she donated to the Southern Oregon Historical Society prior to her death in 1986. She wished the Farm to serve as an agricultural museum for future generations. 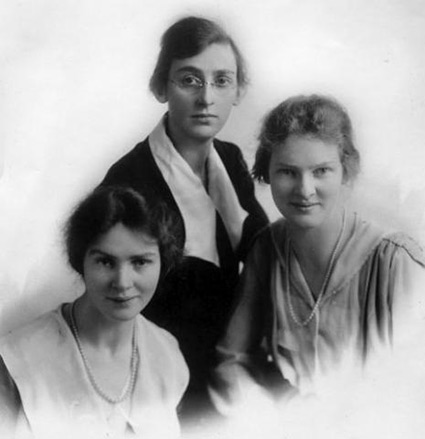 Alice Hanley spent her life in the Hanley home. She cared for her parents until their deaths, and raised her niece Claire from the age of six, in addition to managing a farm of over 100 acres. Alice also helped establish the Oregon Home Extension Service and served on its Board from 1919 until her death. In 1922 Alice ran against a Ku Klux Klan candidate for state representative. The KKK defeated Alice and many others that year, and briefly controlled Oregon state government.

Although Alice did not inherit all of the original Hanley home furnishings, which were sold, she retained what she could and purchased pioneer family furnishings at auctions. We are fortunate today that Alice kept so much of the home intact, allowing us to view rooms much as they appeared after the home was built in about 1875. 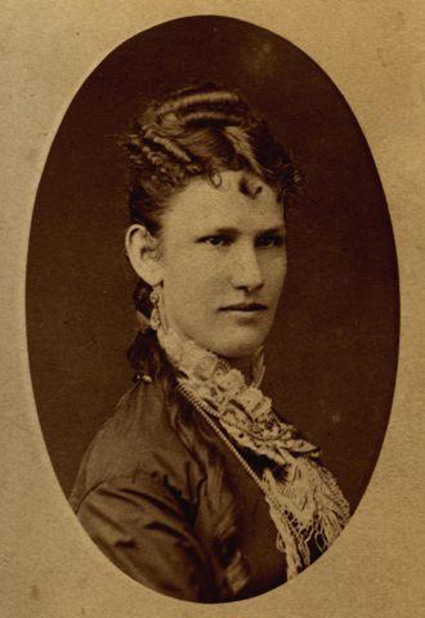 Bill Hanley gave up on school when he was 10 years old, determined to be a cattle man like his father. By 17, he had left home for the opportunities in wide open Eastern Oregon, where he and his wife, Clara Cameron from Jacksonville, eventually owned the Bell A Ranch plus the 16,000 acre OO Ranch. Bill Hanley, known as "Sage of Harney Valley", ran unsuccessfully for Oregon Governor and for U.S. Senate, but he was more successful in promoting highways and railroads for Eastern Oregon. Bill's humor, wisdom and kindness continue to shine through in his autobiography, Feelin' Fine. 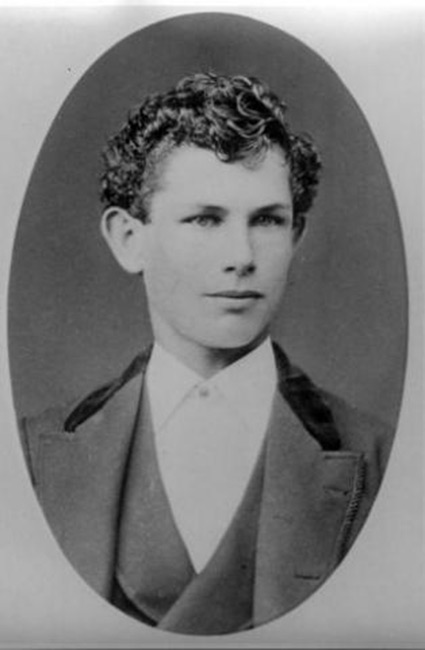 Ed headed to Alaska during the Yukon Gold Rush, where he became partners with Jack Dalton, sold mining supplies and ran a toll road. Later he moved to Seattle and developed a cannery operation, but he also maintained ranching interests on property next door to and across the road from Hanley Farm.

Ella was a traveler. She spent time in Alaska with her brother Ed, and married mining engineer Harry Bush in 1903. The couple lived in Chile, where Mr. Bush operated a large copper mine for 16 years. The couple then returned to the Rogue Valley and took up residency in Medford. 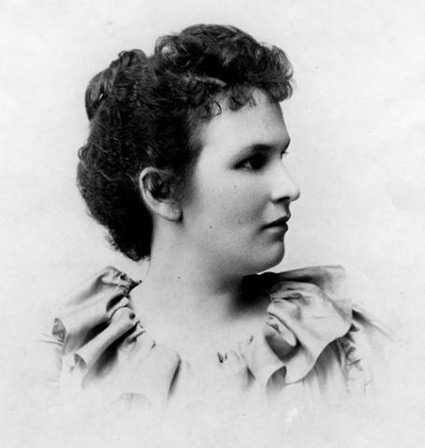 The Hanley's youngest child, Michael, inherited his father’s Butte Creek Ranch property at the age of 18. He spent his life ranching there and added additional acreage. He was also involved with his brothers in other ranching endeavors. 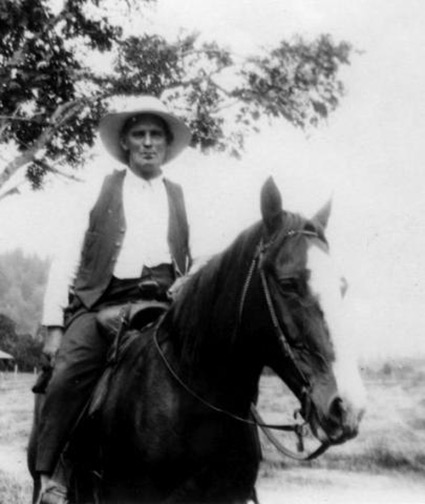 The front section of the Hanley home was built in 1875, when Michael Hanley was a successful businessman and rancher with mules, cattle, sheep, hogs, grain, hay and alfalfa. The older part of the two-story home was built in the 1860s. The one-story additions to the back were added as a back porch and woodshed in later years. The front portion of the house has a full cellar.

Tours of the Hanley house are given during many of the events that occur on the Farm.

The New Barn on the Hanley Farm

The larger hay barn was built for Alice Hanley about 1900 by bridge builder Jason Hartman. It represents significant changes in farming that began in the later part of the 19th century and continued on in the 20th. With the introduction of large, steam-powered, and later, gasoline-powered farm equipment, taller structures were required for machine storage. As the Hanley family acquired more land and raised thousands of head of stock (beef cattle, mules, horses, hogs, sheep), the need to raise animal feed also increased as did the need for feed storage facilities. A large barn like this one would meet both needs. Loose hay was lifted up to the top door and pulled into the barn with pulleys and ropes. Today the barn holds many pieces of early farm equipment. Two large barn owls often make their home in the ‘crows nest’.

This masonry springhouse was probably the first structure Michael Hanley built after he bought the farm. It dates back to the 1850s. By 1857 surface water in the area was probably well polluted as a result of a massive influx in population, minimal sanitation facilities, cattle and pigs roaming loose and mining camps all about. Spring houses were built to protect pure, fresh spring water from contamination by animals and people. They also provided a clean, cool place where perishable foods could be kept.

The Windmill and Water Tower

This Aermotor windmill replaced an older windmill in 1933. The water storage tank and tower were replaced at the same time. We can infer that the Hanleys were using wind power somewhere as early as 1883, because Alice asks in an Oct. 2, 1883 letter to her sister-in-law, Mame, “How did the windmill do or has it been set up yet?”

Alice Hanley and especially her nieces, Mary, Martha and Claire, were avid gardeners. The roses near the Hanley Farm parking area were grown by the Hanleys, along with lilies, begonias and multiple other flowers and shrubs. Mary grew orchids, too, in a greenhouse she had moved to the property.

At the Hanley Farm Plant Sale, held in April or May, we sell cuttings from Hanley plants.